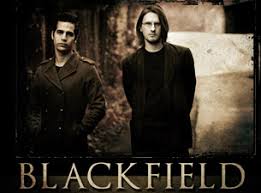 Blackfield is a collaborative music project by the English musician and founder of Porcupine Tree, Steven Wilson, and Israeli rock singer Aviv Geffen. Together, five albums have been released under the moniker: Blackfield and Blackfield II as equal partners, and Welcome to my DNA and Blackfield IV with Geffen taking a leading role. Despite initially announcing his intention to leave the project in 2014, Wilson instead worked again as an equal partner on a fifth album, Blackfield V, which was released on 10 February 2017. See for more.

My Gift Of Silence

Rising Of The Tide

End of the World