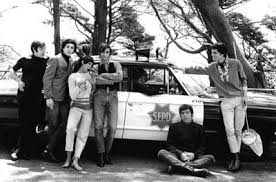 The Blues Project is a band from the Greenwich Village neighborhood of New York City that was formed in 1965 and originally split up in 1967. Their songs drew from a wide array of musical styles. They are most remembered as one of the most artful practitioners of pop music, influenced as it was by folk, blues, rhythm & blues, jazz and the pop music of the day. In 1964, Elektra Records produced a compilation album of various artists entitled, The Blues Project, which featured several white musicians from the Greenwich Village area who played acoustic blues music in the style of black musicians. See for more.

I Can’t Keep From Crying Sometimes

Wake Me, Shake Me