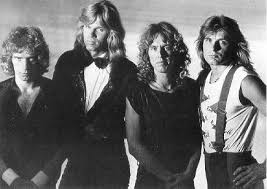 Vandenberg was a Dutch hard rock band. The band, founded by guitarist Adje Vandenberg, was active between 1981 and 1987 and scored an international hit in 1983 with the song Burning Heart. Guitarist Ad (je) Vandenberg founded the band in 1981. Jos Zoomer, the drummer with whom he had previously played in the bands Mother of Pearl and Teaser, joined Bert Heerink for the vocals and Dick Kemper as bass guitarist. he knew from their former band Treshold. Adje wrote the songs and lyrics for the band and designed the record covers and the band logo. See for more.

Your Love Is In Vain

Back On My Feet