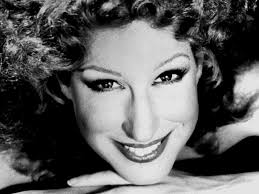 Bette Midler (born December 1, 1945), also known by her informal stage name The Divine Miss M, is an American singer, songwriter, actress, comedian, and film producer. In a career spanning almost half a century, Midler has been nominated for two Academy Awards, and won three Grammy Awards, four Golden Globes, three Emmy Awards, and a special Tony Award. She has sold over 30 million records worldwide and along with that has also received four Gold, three Platinum and three Multiplatinum albums by RIAA. See for more.

You Don’t Own Me

When A Man Loves A Woman