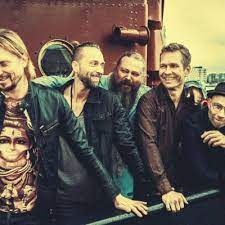 Kingston Wall was a psychedelic/progressive rock group from Helsinki, Finland, originally formed in 1987. Influenced by such artists as Jimi Hendrix, Led Zeppelin and Pink Floyd, the group combined eastern themes, mysticism and vivid psychedelia with acid rock. The band consisted of Petri Walli (guitars, lead vocals), Jukka Jylli (bass, backing vocals) and Sami Kuoppamäki (drums, percussion). Walli took the most active role in the band. He formed the group, composed most of the songs and wrote all the lyrics. He was also Kingston Wall’s producer and manager and ran the band’s own Trinity record label. See for more.

With My Mind (live)

Two of a Kind