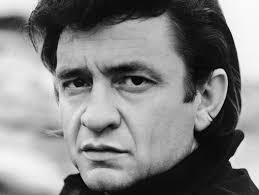 Johnny (J.R.) Cash (Kingsland, Arkansas), February 26, 1932 – Nashville, Tennessee, September 12, 2003) was an American country singer, guitarist and singer-songwriter. He became known worldwide as The Man in Black and stood out for his deep baritone voice. He was married to Vivian Liberto from 1954 to 1966 and from June 1968 to June Carter Cash, who died on May 15, 2003. Johnny Cash died later that same year at the age of 71 in his home in Hendersonville, near Nashville because of respiratory disorders caused by diabetes. See for more.

One Piece At A Time

If You Could Read My Mind

God Is Gonna Cut You Down

The first time ever I saw your face

The Man Who Couldn’t Cry

If You Could Read My Mind