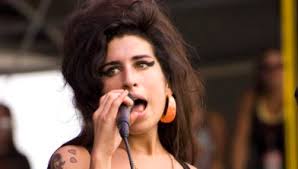 Amy Jade Winehouse (Southgate, September 14, 1983 – Camden, July 23, 2011 [1]) was a British jazz and soul singer. She became known in the UK with her album Frank. In the rest of the world she became known with her album “Back to Black” with the hit singles “Rehab” and “Back To Black”. She also worked with Mark Ronson and that gave the big hit “Valerie”, which is a cover of the band The Zutons. In addition to her career as a singer, Amy Winehouse also got a lot of negative news due to her alcohol and drug addiction. She was the first British ever to win five Grammy Awards. In 2012, Adele broke that record by winning 6 Grammy Awards. Amy died at the age of 27 on July 23, 2011. This makes Amy Winehouse one of the members of Club 27. See For more.

Tears Dry On Their Own

You Know I’m No Good

Love Is A Losing Game

Our Day Will Come

Tears Dry On Their Own