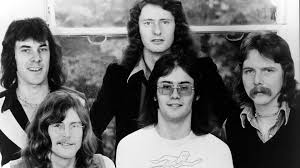 Caravan are an English band from the Canterbury area, founded by former Wilde Flowers members David Sinclair, Richard Sinclair, Pye Hastings and Richard Coughlan. Caravan rose to success over a period of several years from 1968 onwards into the 1970s as part of the Canterbury scene, blending psychedelic rock and jazz to create a distinctive sound like their contemporaries Soft Machine. Caravan still remains active as a live band in the 21st century. See for more.

Where but for caravan would i be

I’ll Reach out for You

The love in your eyes

In the Land Of Grey And Pink