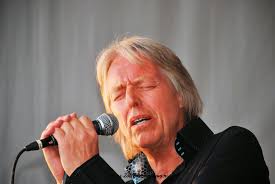 The first time Bert had the opportunity to perform for a large public was with the band Treshold as the opening act for Kayak and Golden Earring at the prestigious revue Sarasani in Texel (Netherlands). The hardrockband “Vandenberg” is formed and  Bert becomes the singer. Before that Bert sang in a number of less famous regional bands. Under the guidance of their manager Kees Baars, “Vandenberg” signed an international record contract with the famous American recording company “Atlantic”. See for more.

& Friends – Show Me The Way

& Friends – I Shall Be Released

When I close my eyes