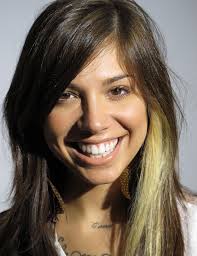 Christina Judith Perri (born August 19, 1986) is an American singer and songwriter from Bucks County, Pennsylvania. Her debut single “Jar of Hearts” charted after it was featured on the Fox television show So You Think You Can Dance in 2010. The single went on to sell over 3 million copies in the United States and was a hit around the world. In the UK, it reached number three on the charts and spent over three months in the UK Top 40. A few months later, Perri released her first extended play, The Ocean Way Sessions. Perri also gained recognition for writing and recording “A Thousand Years”, the love theme for the film The Twilight Saga: Breaking Dawn – Part 2 (2012), which appears on the accompanying soundtrack. The song went on to sell over 4 million copies in the United States, being certified 4× platinum. She later released her second extended play, A Very Merry Perri Christmas (2012), followed by her second studio album, Head or Heart (2014). See for more