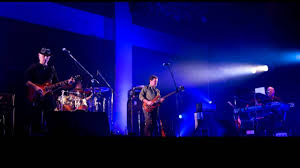 Maxophone are an Italian Progressive rock band formed in Milan in 1973. They released one self-titled album in 1975. The group was one of the few rock artists signed by the Produttori Associati record label, which focused mostly on film soundtracks and Jazz. Maxophone have since acquired a minor cult following that has endured for over three decades, long after their short career had ended. Among fans of the Italian progressive rock genre Maxophone is today widely regarded as one of the top groups, along with PFM, Le Orme, and Banco. See for more.