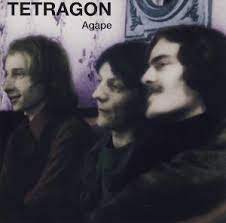 German act TETRAGON was a short-lived outfit that was formed following Ralph Schmieding’s departure from the trio Trikolon. The remaining members Hendrik Schapper (organ, trumpet) and Rolf Rettberg (bass) hooked up with Jürgen Jaehner (guitars) and Achim Luhrmann (drums); and decided that a new band name was a better option than the continued use of their former moniker. The band set up a primitive recording facility in an old farm, and had to record live the tracks that were featured on their sole album “Nature”, which was released in 1971. Soon after Tetragon folded, but the strength of their album has seen to it that it has been rereleased several times over the years. See for more.