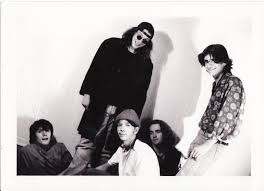 One of the biggest surprises of the last years … the return of the Swiss band Galaad. The Moutier based band was formed in 1988. A bunch of childhood friends, autodidact in the beginning, had the desire to play music and developing their own sound and repertoire. On the famous Musea label they released two albums. In the year 1993 the band debuted with the album “Premier Fevrier” and the successor “Vae Victis” followed in the year 1996. The following year the band disappeared from the radar. Galaad was reformed in 2016 and had their stage reunion the following year. See for more.