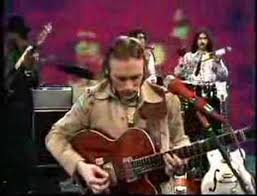 Manassas was an American rock band formed by Stephen Stills in 1971. Predominantly a vehicle for Stills’ artistic vision, the band released two albums during its active tenure, 1972’s Manassas and 1973’s Down the Road. The band dissolved in October 1973. Manassas was formed in the fall of 1971, following Stills’ concert tour to support his album Stephen Stills 2 (1971). While Stephen Stills 2 was Stills’ second solo album, it was his first completed following the acrimonious 1970 breakup of Crosby, Stills, Nash & Young (CSNY), and was not critically well-received. See for more.

Jesus Gave Love Away for Free

Don’t Look at My Shadow