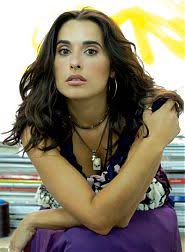 Cristina Branco (° Ribatejo, Portugal, 1972) is a Portuguese fado singer. Initially Branco sang jazz and other – mainly Portuguese – music. Her grandfather brought Cristina in contact with the fado of Amália Rodrigues. This made her decide to concentrate on this. Branco sings fado in a modern way. In the Netherlands Branco is known for her CD O Descobridor, on which she sings translated poems by J. Slauerhoff. In addition, together with the Dutch group BLØF she recorded the song Herinnering in Later in 2006, which appeared on the CD Umoja. In 2012, Branco supplemented her repertoire with tango music. From January to April she gave almost 40 concerts in various European countries, and especially in the Netherlands, where she gave 24 concerts. See for more.

A case of you