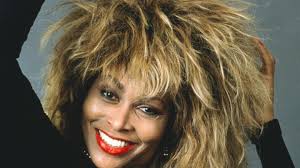 Tina Turner (born Anna Mae Bullock, November 26, 1939) is an American-Swiss singer and actress. Originally from the United States, she became a Swiss citizen in 2013. Turner rose to prominence as part of the Ike & Tina Turner Revue before launching a successful career as a solo performer. One of the best-selling recording artists of all time, she has been referred to as The Queen of Rock ‘n’ Roll and has sold more than 200 million records worldwide. Turner is noted for her energetic stage presence, powerful vocals, and career longevity. Turner began her career in 1958 as a featured singer with Ike Turner’s Kings of Rhythm, recording under the name “Little Ann” on “Boxtop.” Her introduction to the public as Tina Turner began with the hit single “A Fool In Love” (1960). See for more.

What’s Love Got To Do With It

We Don’t Need Another Hero

When The Heartache Is Over