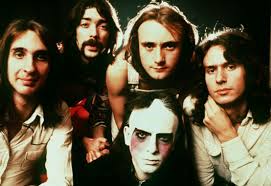 Genesis are an English rock band that formed in 1967. The band consist of their three longest-tenured members – Tony Banks (keyboards) and Mike Rutherford (bass, guitar), who were founding members; and Phil Collins (vocals, drums), who first joined in 1970. Past members Peter Gabriel (vocals, flute), Steve Hackett (guitar) and Anthony Phillips (guitar) also played major roles in the band in its early years. Genesis are  among the top highest-selling recording  artists of all time, with approximately 130 million albums sold worldwide. See for more.

Dancing with the Moonlit Knight

The Fountain Of Salmacis

The Battle of Epping Forest

Dancing with the Moonlit Knight

Dance on a Volcano

The Return of Giant Hogweed