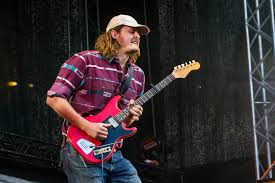 Daniel Norgren (born18 June 1983 inBorås) is a  Swedish  singer-songwriter. Since 2006 he is connected to the small  indie  label Super Puma Records. Live plays Norgren  drum  and  guitar  with Anders Grahn on  double bass  and Andreas Filipsson sometimes on a home made  organ. In 2007, he made his debut with Kerosene Dreams, an album that was mainly recorded with homemade instruments. With  outskirt  from 2008, he was successful at Blues fans and was able to tour  in Europe. Horrifying Deatheating blood spider  from 2010 was nominated singer-songwriter album of the Year at the the Swedish Manifesto Gala. See for more.

I Waited For You

Whatever Turns You On

Are We Running Out of Love?

putting my tomorrows behind

Why May I Not Go Out And Climb The Trees?