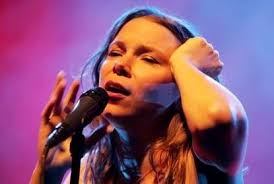 Lhasa de Sela (September 27, 1972 – January 1, 2010), also known by the mononym Lhasa, was an American-born singer-songwriter who was raised in Mexico and the United States, and divided her adult life between Canada and France. Her first album, La Llorona, went platinum in Canada and brought Lhasa a Félix Award and a Juno Award. Following this success, Lhasa toured with Lilith Fair, then joined her sisters in a French circus troupe, contributing her husky voice to the musical backdrop. See for more.

Where do you go