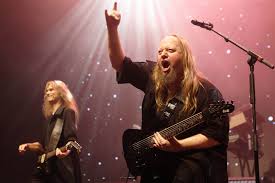 Ayreon /ˈɛriən/ (listen) is a musical project by Dutch songwriter, singer, multi-instrumentalist musician and record producer Arjen Anthony Lucassen. Ayreon’s music is described as progressive rock, progressive metal and power metal sometimes combined with genres such as folk, electronica, experimental and classical music. The majority of Ayreon’s albums are dubbed “rock operas” (or “metal operas”) because the albums contain complex storylines featuring a host of characters, usually with each one being represented by a unique vocalist. See for more.

The Theory Of Everything

The Day That The World Breaks Down

Valley Of The Queens

The Eye Of Ra