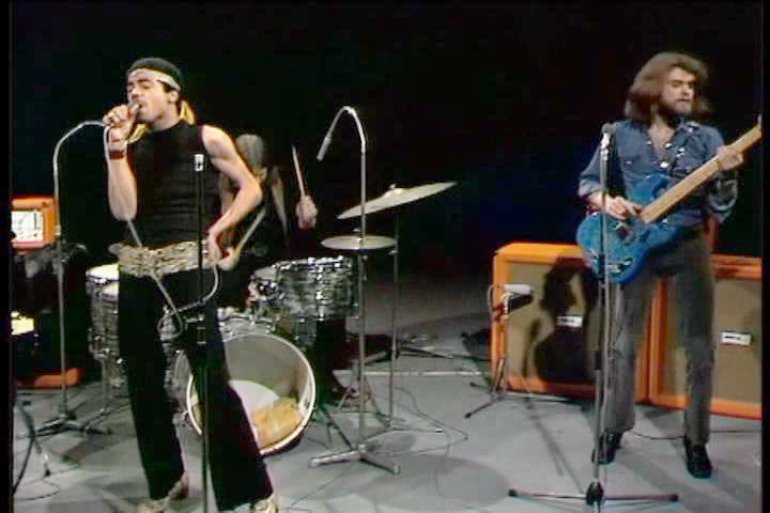 Juicy Lucy is a British blues rock band officially formed on 1 October 1969. After the demise of The Misunderstood, Juicy Lucy was formed by steel guitarist Glenn Ross Campbell, and prolific Blackburn saxophonist Chris Mercer. The group later recruited guitarist Neil Hubbard, bassist Keith Ellis, and drummer Pete Dobson.
The band name was inspired by a character in The Virgin Soldiers (1966) by Leslie Thomas. The band immediately notched a UK Top 20 hit with their cover version of the Bo Diddley composition “Who Do You Love?” Their self-titled debut album then fell just shy of the Top 40 in the UK Albums Chart. The album’s cover featured a burlesque dancer named Zelda Plum, naked except for a covering of fruit. See for more.

Who do you love ?

Walking Down The Highway–

Whisky In My Jar

She’s Mine, She’s Yours

Thinking of My Life

Juicy Lucy – Get A Whiff A This full album