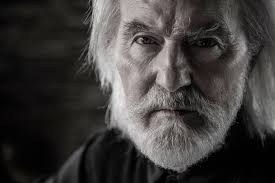 Roy Harper (born 12 June 1941) is an English folk rock singer, songwriter and guitarist who has been a professional musician since 1964. Harper has released 32 albums (including 10 live albums) across his 50-year career. As a musician, Harper is known for his distinctive fingerstyle playing and lengthy, lyrical, complex compositions, a result of his love of jazz and Keats. His influence upon other musicians has been acknowledged by Jimmy Page, Robert Plant, Pete Townshend, Kate Bush, Pink Floyd, and Ian Anderson of Jethro Tull, who said Harper was his “…primary influence as an acoustic guitarist and songwriter.”. See for more

When An Old Cricketer Leaves The Crease

I Hate The White Man

How Does It Feel

One Of Those Days In England

Me and My Woman