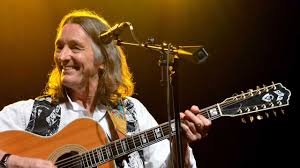 Charles Roger Pomfret Hodgson (born 21 March 1950) is a British musician and songwriter, best known as the former co-frontman, and founding member, of progressive rock band Supertramp.  Hodgson composed and sang the majority of the band’s hits, including “Dreamer”, “Give a Little Bit”, “The Logical Song”, “Breakfast in America”, “Take the Long Way Home” and “It’s Raining Again”. He left Supertramp in 1983 to pursue a solo career, but after two albums he retired from touring and other industry obligations. See for more.

Crime of the Century

Give a Little Bit

Even in the Quietest Moments

Hide in Your Shell

All along the watchtower