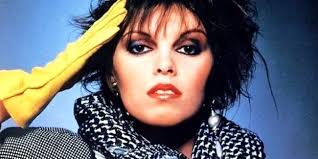 Pat Benatar (born Patricia Mae Andrzejewski; January 10, 1953) is an American singer and four-time Grammy winner. She is a mezzo-soprano. She has had considerable commercial success, particularly in the United States. During the 1980s, Benatar had two RIAA-certified Multi-Platinum albums, five RIAA-certified Platinum albums, three RIAA-certified Gold albums and 14 Top 40 singles, including the Top 10 hits, “Hit Me with Your Best Shot”, “Love Is a Battlefield”, “We Belong” and “Invincible”. Benatar was one of the most heavily played artists in the early days of MTV. See for more.

Love is a Battlefield

Promises In The Dark

Hell Is For Children