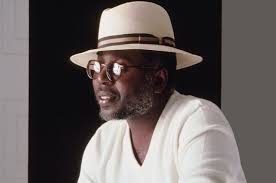 Curtis Lee Mayfield (June 3, 1942 – December 26, 1999) was an American soul, R&B, and funk singer, songwriter, and record producer. He achieved success with The Impressions during the Civil Rights Movement of the 1960s and recorded the soundtrack to the blaxploitation film Super Fly, Mayfield is regarded as a pioneer of funk and of politically conscious African-American music. He was also a multi-instrumentalist who played the guitar, bass, piano, saxophone, and drums. See for more.

Give Me Your Love

The Making Of You

[Don’t Worry] If There Is a Hell Below, We’re All Going to Go