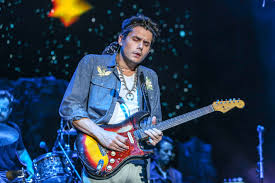 John Clayton Mayer (born October 16, 1977 In Bridgeport, Connecticut  )is an American guitarist and singer-songwriter who lives in Montana. After breaking down his studies at the  Berklee College of Music , he moved to  Atlanta , Georgia, in 1997, where he started to make his talent by developing and naming. His first albums  Room for Squares  and  Heavier Things  sold well. In 2003, he won the   Prize for the “Best Male Pop Vocal Performance” for “Your Body Is a Wonderland” at the Grammy Awards. Mayer started his career mainly playing acoustic rock, but gradually moved to the Blues genre.  See for more.

Your Body Is A Wonderland