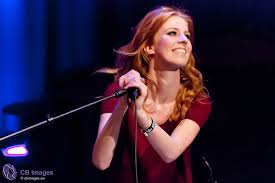 Elske DeWall, real name: Elske de Walle (born November 11, 1985 in Veenwouden, Netherlands) is a Dutch singer-songwriter. De Walle grew up in Veenwouden in Friesland. At the age of nine she started playing saxophone and later she also went on to sing. In 2004 she began her studies at the Academy of pop culture in Leeuwarden. Michiel Hoogenboezem got her demo after a tip from Elskes management, which he mixte. Because at that time he also did another project for Universal, the demo came with the relevant A & R Manager of Universal Music Group [1]. There she signed a contract in 2008. See for more.

Come See The End In Me

Dit is wat het is