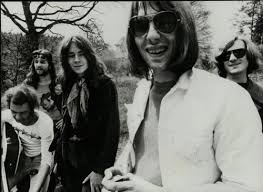 Amon Düül was a German political art commune formed out of the student movement of the 1960s that became well known for its free-form musical improvisations. This spawned two rock groups, Amon Düül (sometimes referred to as Amon Düül I) and the more famous Amon Düül II. After both groups disbanded in the 1970s, some of the original members reunited in the 1980s under the name Amon Düül again, though this incarnation is commonly referred to as Amon Düül (UK) to avoid confusion with the original one. See for more.

She Came Through The Chimney

race from here to your ears

All the years round