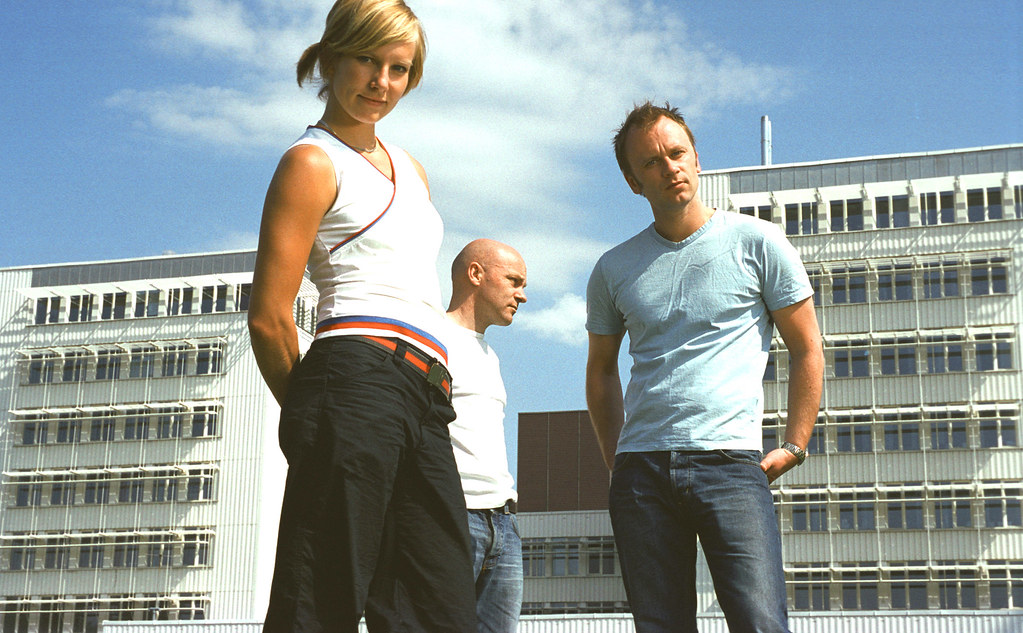 Flunk is a Norwegian electronic band consisting of producer Ulf Nygaard, guitarist Jo Bakke, drummer Erik Ruud, and vocalist Anja Oyen Vister. Flunk began as a project between Ulf, and Jo in Oslo, Norway in late 2000 and early 2001. Beginning as an instrumental and sampled vocal project, they were signed for a track on a compilation by Beatservice Records in winter of 2001. On hearing the finished track, label manager Vidar Hanssen signed the still-unnamed band for a full album. During early summer 2001, Ulf and Jo recorded most of the album and Anja improvised the vocals. After their vocals, Jo layered the guitars, but it would be a year before the album would be completed and released. See for more.