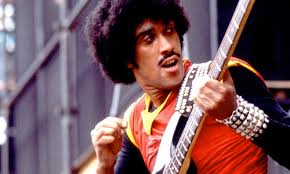 Philip Parris “Phil” Lynott (/ˈlaɪnət/; 20 August 1949 – 4 January 1986) was an Irish musician, singer and songwriter. His most commercially successful group was Thin Lizzy, of which he was a founding member, the principal songwriter, lead vocalist and bassist. He later also found success as a solo artist. Growing up in Dublin in the 1960s, Lynott fronted several bands as a lead vocalist, most notably Skid Row alongside Gary Moore, before learning the bass guitar and forming Thin Lizzy in 1969. See for more.

The Man’s A Fool