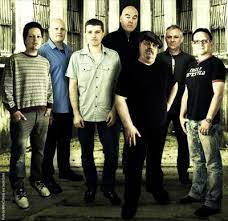 Jonas Lindberg & The Other Side is a Progressive rock project from Stockholm, Sweden founded in 2012 by bassplayer, songwriter and producer Jonas Lindberg. It all started back in 2008 when the EP “IN SECRET PACE” was recorded by Jonas as an exam-project at the college of Music in Piteå, Sweden. The first recordings featured a large lineup of musicians and was originally intended to work as a demo for an upcoming band. But as term ended Jonas moved to Stockholm to pursue a career as a freelance musician and the idea got put on hold. In 2012 “IN SECRET PACE” was finally released on digital platforms as Jonas started to work on new material. This time the lineup featured a 5 piece band and the second EP “THE OTHER SIDE” was finished and released in 2013. The project was named “JONAS LINDBERG & THE OTHER SIDE” from the title track of the album after its release. See for more.