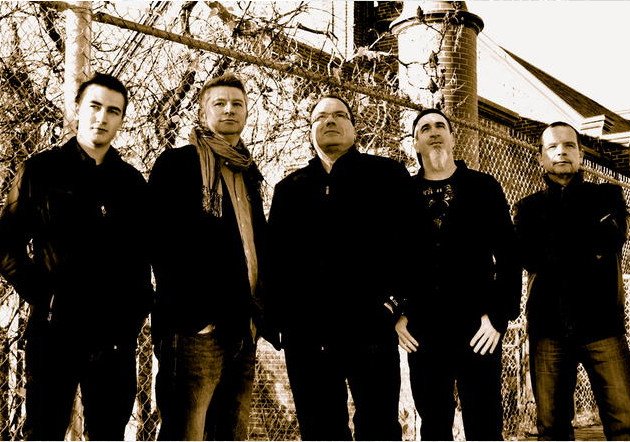 Founded in Québec, Canada in 2009. Huis (“home doors” in french, and “house” in dutch) is a five member musical project from Québec officially formed by Pascal LAPIERRE (keyboards) and Michel JONCAS (bass) at the end of 2009, after an oustanding and inspiring trip in the Netherlands. At that time, they decided to put on tape (read hard drive!) some ideas they had in mind since a long time. Over time, three other talented musicians, William REGNIER (drums), Sylvain DESCOTEAUX (vocals) and Michel ST-PERE, this last musician from the band MYSTERY (guitars) joined the band, each one bringing a special touch to Huis’ sound. The music is a well crafted progressive rock with a symphonic touch and the use of Hammond, Moog and Mellotron takes us back to the old prog rock sound of the 70’s. The guitar playing of St-Pere brings a big influence of the Neo-Prog band MYSTERY and many others Neo-Prog bands that put the melody and vocals upfront with strong compositions skills. The band has released is first studio album in January 2014, ” Desptie Guardian Angels”. See for more.

The Man on the Hill

Ghost of a Chance