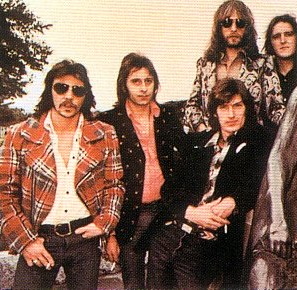 Badger were a British rock band from the early 1970s. They were co-founded by keyboardist Tony Kaye after he left Yes, with bassist and vocalist David Foster. The latter had been in the Warriors with Jon Anderson before he co-founded Yes. Foster later worked with the band on their second album Time and a Word (1970). Kaye had worked on a solo project by Foster that was never released. The pair found drummer Roy Dyke, formerly of Ashton, Gardner and Dyke, and Dyke suggested guitarist and vocalist Brian Parrish formerly of Parrish & Gurvitz which later became Frampton’s Camel (after Parrish left P&G) on guitar. The new band began rehearsing in September 1972 and signed to Atlantic Records. See for more.

On the way home